When Do Artists Retire? 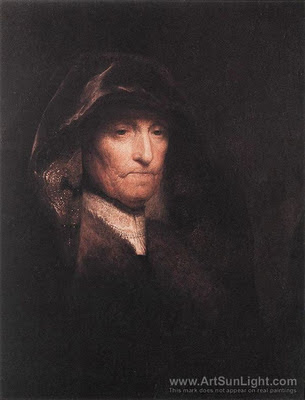 Henry Moore is quoted as saying "There's no retirement for an artist, it's your way of living so there's no end to it."

I’ve never personally heard an artist say they were looking forward to permanently laying aside the brushes to take up golf or go fishing. Although I can imagine having to slow down or make some changes due to health issues, for some artists this kind of problem leads to a creative solution. In Creativity and the Exceptional Aging Artist, August L Freundlich and John A Shively give the example of Matisse tying a brush to his hands to work when he was troubled with arthritis. Matisse called his last fourteen years his second life.

Some studies suggest that there is a benefit to aging for some artists; that although output may slow the quality remains or even accelerates. Art historians even have a term for this: “alterstiehl” and note it in the works of Titian, and Rembrandt, among others.

In Aging Well an article by Juliann Schaeffer, Retirement Redefined: Lessons From Aging Artists talks about how older artists have something to teach other seniors about how to age successfully and thrive in later life.

So let's hear it for alterstiehl - they say that Georgia O’Keeffe painted into her nineties.

Email ThisBlogThis!Share to TwitterShare to FacebookShare to Pinterest
Labels: Artists I Admire

Great post Katherine! Whenever my husband starts talking about "when WE retire", I find myself unable to even imagine not doing my art.

Even though I just turned 50, I feel like I am just getting started and have no plans of slowing down anytime soon.

My biggest problem is what will I do with my husband when HE retires? Scares me a little.

Great term--alterstiehl. The artist's work definitely changes as he or she ages. I think of Degas, whose work became looser and looser as his vision went. Louise Bourgeois is another amazing woman whose work spans many decades and has changed over time.

I feel the same way - just picking up speed and I can't imagine stopping.

Perhaps your husband will pick up an art form of his own.

Those are great examples. It's interestimg how life molds and changes an artist's work.

I think this applies to all types of activities. I hope to remain actively engaged in life until a very advanced age. I'll think about retirement when I'm dead.

Yes! Wonderful post. I guess I'm glad by now that my early career choices (olympic figure skater, gymnast, ballet dancer, astronaut) didn't work out (due to lack of ANY physical talents), as I have so much more to look forward as an artist.

Zataod - I'm glad to hear it! I can't picture you inactive anyway. :)