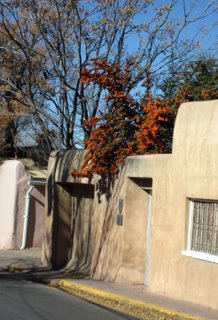 It was a cold day by my L.A. standards when taking this shot on Canyon Road during a recent trip to Santa Fe. Some people don't realize how cold it can get there, because they consider it the desert. It's up high, about 7000' I think, and that makes a contribution to the climate.
at November 23, 2006 2 comments: 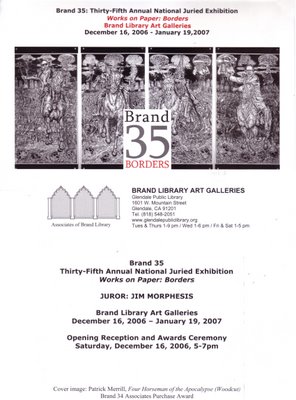 Castaneda divides the supersensible world into the unknown and unknowable. The unknown can in principle be known and interaction with it, difficult and frightening as it may be, can be enriching and ultimately invigorating. Cultivating the virtues of the warrior prepares one to face the unknown. Interaction with the unknowable is simply ill-advised and opens the door to dangerous psychic phenomena such as possession.

The Secret team has created a visualization tool, "The Secret to You", which you can download for free and play every day.
at November 09, 2006 No comments: