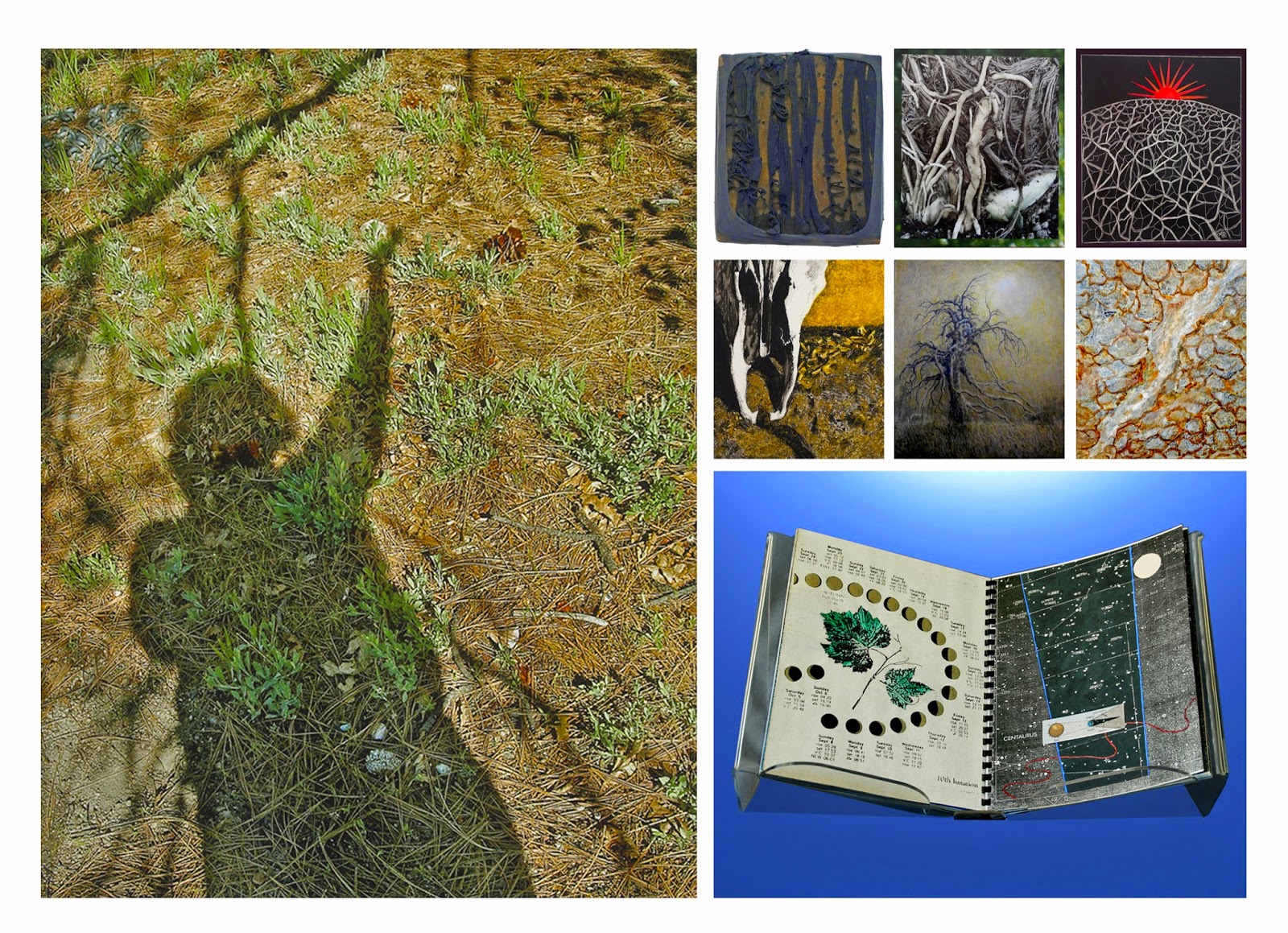 Opening this weekend this group exhibition of the SCWCA Eco-art collective features sixteen artists whose environmentally themed work explores the state of wonder as experienced in both wilderness areas and in dense urban habitats.

Curator Marie Cenkner shares that the exhibition is part of an ongoing “Wilderness Mind” initiative by the collective that includes exhibitions, programs and public conversations to foster sustainable stewardship.

Email ThisBlogThis!Share to TwitterShare to FacebookShare to Pinterest
Labels: My Work on Exhibit, Tujunga


The particular image I have in mind is of wild horses running past children who are crouching at about eye level with the horses hooves, and just visible through the kicked up sand.

The sketch above is a detail of the children. I've sketched them in in the drawing below, can you see them?

I'd like the painting to be large and tonal, shapes just coalescing out of the dust.

Two paintings from my Atmospheric series have been selected for The National Weather Center Biennale - the only international exhibition showcasing artwork with weather as its central theme. Distinguished guest juror Mel Chin has selected eighty - eight works from around the world, categorized into three mediums: painting, photography, and works on paper. In conjunction with Earth Day 2015, the exhibition opens on Monday, April 20 and closes Sunday, June 14, 2015.

Admission is free to the public.

Email ThisBlogThis!Share to TwitterShare to FacebookShare to Pinterest
Labels: My Work on Exhibit, rain drops

I learned last week the unfortunate news that a painting that I had shipped off to an exhibition arrived at the venue with damage caused by the packaging materials. I felt for the exhibition’s director since that must be very difficult news to tell an artist. Fortunately it was quickly determined that the damage was only affecting the varnish and not the paint surface. I've never experienced this problem before, in all my years of shipping artwork, and it wasn’t an issue for another painting that was varnished at the same time and wrapped and shipped at the same time, in the same way.

Although it was generously offered to have restoration performed, I think that artists make the best conservators of their own work. I also know the peace of mind of seeing with one’s own eyes what the problem is and getting it solved.

Plans were put into place for me to fly there and remove the damaged varnish prior to installation.

When the travel day arrived I was up bright and early, supplies packed; lint free cloths, gloves, etc., at the airport and beginning the checking in procedure only to find that the kiosk wouldn’t accept my reservation. To make a long story short, I had been sent to the wrong terminal and by the time I got the information and got to the correct terminal, the check in “window” was closed. The airlines (there were multiple airlines involved, hence the confusion about which terminal) made it right in the end, but it meant flying out the next day instead. So I went home and rescheduled cat sitter, dog boarding, rental car, and accommodations and repeated the entire departing procedure again the following day, except with better knowledge of which terminal to show up to.

The remainder of the trip was uneventful. The exhibition manager and staff were amazing; providing solvent, drop cloth, encouragement, and a well ventilated, quiet place to work. The repair went well and the surface was even and without plastic imprints when I finished. I am glad that I used Gamvar for the varnish because it removes easily with oderless mineral spirits or Gamsol. These are fairly weak solvents that mean it is easy to remove the varnish without affecting the paint at all.

The packing solution? It’s been suggested that crates can be built that support the artwork with screws fastened into the sides of the stretcher bars that hold the artwork suspended during shipping so that nothing touches the surface. The drawbacks are the weight, time, and expense. Another solution is to build a cardboard “shadow box” that keeps any protective wrapping an inch or two away from the painting surface.